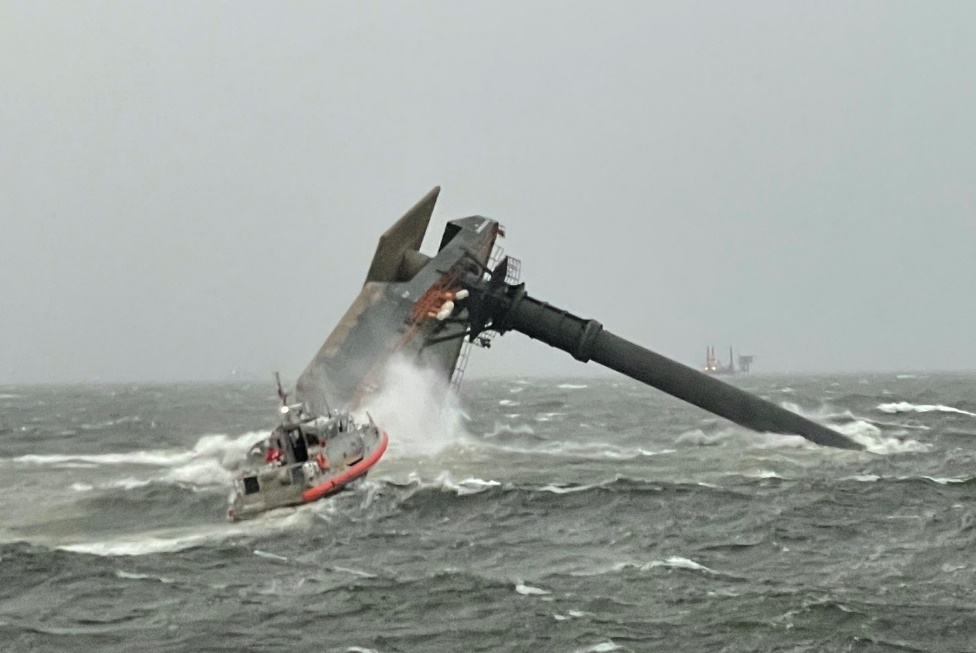 (PHOTO FROM THE NTSB REPORT)

The National Transportation Safety Board (“NTSB”) has released its preliminary report into the fatal capsizing of the liftboat Seacor Power.

On April 13, 2021, the US-flagged 175-foot-long liftboat Seacor Power capsized off the coast of Port Fourchon, Louisiana. Of the 19 crewmembers aboard, six were rescued by the US Coast Guard and nearby vessels, the bodies of six fatally injured personnel were recovered, and seven remain missing

About 1330 that afternoon, the Seacor Power departed Port Fourchon, LA, bound for “Main Pass Block 138” in the Gulf of Mexico. A 7 AM weather report predicted afternoon winds at 9–12 knots from the southeast, with 3-foot seas. The voyage was expected to take 18 hours, but about two hours after departure, a rain squall passed over the vessel, visibility dropped and the winds increased significantly.

The crew decided to lower the Seacor Power’s legs to the seafloor, in an effort to hold the vessel in position until the storm passed. As the legs were descending, the helmsman attempted to turn the vessel’s bow into the winds. But before the turn was completed, the Seacor Power heeled drastically to starboard and capsized.

Coast Guard response boats and civilian craft joined in rescue efforts, but high winds and seas that had built to 10–12 feet prevented them from reaching crewmembers remaining on the Seacor Power. Some of the crewmembers who had been clinging to the vessel were washed into the water, with six eventually rescued.

The NTSB report adds that “Information in the report is preliminary and subject to change as the investigation progresses and as such, no conclusions about the cause of the accident should be drawn from the report.”.

We at the Herd Law Firm represent seamen and crewmembers such as were aboard the Seacor Power. Our hearts and prayers are with them and their families.