Home/Firm Update/Lyft Reports it Recorded Over 4,000 Claims of Sexual Assault in Past Three Years
Previous Next 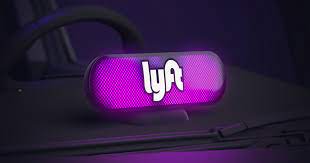 This past week, ride-hailing company Lyft reports that it has received over 4,000 reports of sexual assault on its app dating from 2017 through 2019. Lyft’s long-promised first safety report, was announced two years after Uber released its data on the Uber ride-hailing app.

Of perhaps much greater concern, Lyft reported a total of 4,158 reports of sexual assault, including 360 reports of rape,  for the three calendar years 2017-19. Lyft said its definitions were overly broad, so as to collect as wide a data set as possible. Lyft added: “We recognize that sexual assault is chronically under-reported, and it can sometimes be months or years before a survivor is ready to come forward and report what happened — if they choose to do so at all…..Knowing this, Lyft included any incident reported in 2017, 2018 and 2019, regardless of when the incident was reported to have occurred. Lyft intentionally uses broad definitions … to classify instances of sexual assault.”

Meanwhile, Uber, an even larger ride-hailing service, disclosed approximately 6,000 reports of sexual assault in its safety study, released in late 2019.

Lyft initially committed to releasing its safety report three years ago following pressure on rival Uber on the safety of its app and transparency around the issue of sexual assault.

Uber, which has the majority of the U.S. market share, disclosed in its report that it had received approximately 6,000 reports of sexual assault in 2017 and 2018.

Lyft earlier had been criticized for its treatment of sexual harassment and misconduct on the app. Lyft earlier had attracted many customers after word spread of repeated scandals on Uber, which led to the #DeleteUber movement. Lyft captured nearly 40 percent of the U.S. market share as it approached its 2019 initial public offering. Despite that, Washington Post reported that same year that some viewed Lyft’s response to reports of misconduct inadequate and dismissive, after the Post interviewed approximately a dozen women, who complained of Lyft’s tepid response to allegations of sexual harassment at the time.

Lyft has pledged to improve its safety practices over the years, noting the issue is a work in progress. Both Lyft and Uber answer that the overwhelming majority of rides ended without incident. However, for both Uber and Lyft, the sexual assault problem seems to grow worse every year, particularly as the issue gains more attention, which has occurred increasingly on social media and among members of law enforcement. Uber logged 3,045 reports of sexual assault in 2018, the latest year in its report, while. Lyft logged 1,807 reports in 2019, the latest year in its report.

“The safety incidents referenced in this report account for 0.0002% of all trips,” Lyft wrote in its safety report. The company defined “safety incidents” in the report as “motor vehicle fatalities, fatal physical assaults and five subcategories of sexual assault.”

In its report, Lyft stated that the problem of sexual assault goes beyond mere numbers, so it contends it was releasing the data in an effort to shine light on the extent of the issue. In response, Lyft has announced safety changes, now to include advocated by victims in wake of increased scrutiny.

Lyft’s report “details the frequency of some of the most serious safety incidents that are reported to Lyft, which are statistically very rare…..But behind every number, there is a person who experienced that incident. Put simply, even one of these incidents is too many. That is what drives our relentless work to continuously improve safety for riders and drivers.”

Lyft said it does not automatically report such incidents to law enforcement, deferring instead to the wishes of the passenger who makes the report. Lyft states it does provide “support services,” including information on how to contact organizations providing counseling and crisis intervention, emotional support, and ways to reach law enforcement. Lyft adds that,  “generally speaking, individuals who are accused of committing the types of incidents detailed in this report will be permanently removed from the Lyft community, preventing them from riding or driving in the future.,”

Lyft added that it will work harder to protect its passengers. Jennifer Brandenburger, Lyft’s head of policy development and research, stated in the report that, “in putting the safety of its community members as its top priority, Lyft takes all reported incidents seriously and thoroughly investigates each one.”

We at the Herd Law Firm are attentive to any injury to passengers who use ride-hailing services, such as Uber and Lyft, whether from a traffic wreck to unsolicited touching to actual rape. Even now, we are handling a very serious injury resulting from a rear-end collision at a stop light, where the passenger has had to undergo delicate spine surgery to address the injury. Fortunately, in that case, there is $1 Million in coverage, so the client hopefully will be fairly compensated for his injuries.