Home/Firm Update/Are Americans in Collective Denial About How Lethal Cars Are?
Previous Next 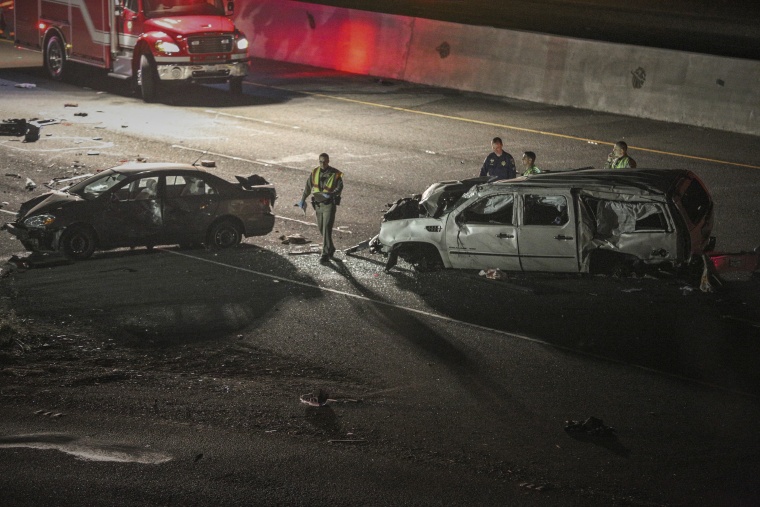 Sadly, we Americans do not always fear the things we should fear.

Each day, in every city in America, Americans are hurt and killed in huge numbers, as we drive hither and yon, and sometimes into each other. And yet, when it comes to the frequency of car wrecks, we as a nation too often seem to simply shrug our shoulders and accept that the ongoing carnage is simply a routine and unavoidable fact of life in America.

Occasionally, concern about increased car emissions and their threat pose to the environment gets some attention. And we are growing in our interest in and acceptance of battery-powered cars. But we collectively appear to be in total denial about how lethal our cars are, and yet how dependent we are willing to remain on them. In any given year in America, nearly 40,000 people die in car crashes, with another 3.3 million people seriously injured. The reality is that, in America, cars put us in clear, imminent danger each day, and it is worst for the most vulnerable and marginalized. For example, motor vehicle traffic is a leading cause of death for children, well ahead of firearms or drownings. And among adults, Black and brown people are more likely to die or be injured by cars than white people, for reasons that we still do not appreciate or recognize.

Thus far in 2021, 21,450 people have died in motor vehicle accidents in the USA. That number is up 17 percent from 2019, according to most recent figures released by the National Safety Council. The NSC also has reported that, so far in 2021, more than 2.4 million have been injured seriously enough to require medical attention. Normally, when millions of Americans are being killed or injured at these rates, it triggers public outcry, even widespread social or political movements. Yet, for car wrecks, we mostly accept those figures, shrugs, we’ve mostly shrugged our shoulders and accepted the carnage as an routine and unavoidable fact of life in America.

Yes, self-driving and electric vehicles are now cited as solutions to many safety issues posed by cars, but before we try to fix a problem, some experts believe we first have to recognize and acknowledge the problem. In the case of car-carnage, we can start by stopping the “normalizing” of the frequency of death and injury caused by cars.

“We are a very car-dependent society, and it makes us nonchalant” about car crashes, says J. Gayle Beck, a licensed clinical psychologist who focuses on the emotional aftermath of trauma. Beck has studied post-traumatic stress disorder among survivors of motor vehicle wrecks.

Even today, mental health professionals and auto injury lawyers still cite the1995 study showing that 39.2 percent of survivors of car accidents develop post-traumatic stress disorder (PTSD), and not just for those whose cars were crashed into. Beck notes that, when it comes to who experiences symptoms of trauma, we often think about the person being hit by the other car, not the driver of the hitting car, nor about the first responders and helpers at the scene. Nor of the doctors and nurses in the ER, who see these victims come in, day and night, on and on. But the PTSD victim circle gets even bigger when we include the victims’ families, friends, colleagues and neighbors.

According to Steve Davis, an assistant vice president of transportation strategy at Smart Growth America, an advocacy group for safe communities, when it comes to cars, we as a nation are inclined not to blame public infrastructure, but the individual drivers of these vehicles. He suggests that one reason might be that we Americans live in a culture of toxic individualism, which reduces almost any systemic problem, from sexual harassment to health care, to simply independent isolated incidents. But as drivers, we can control only so much, the least of which include driving environments built decades ago and maintained by the status quo. “The design of roadways is for cars and speed,” Davis notes, not in a way to maximize safety. “That’s the philosophy of street design.”

Conversely, putting the onus the drivers of these vehicles to improve attention and driving skills, in a converted effort—— to lower collisions by simply driving better, may seem like an effort in futility. The sobering statistic is that three-quarters of U. S drivers consider themselves to be safer than average, which statically is impossible. Davis notes that “It’s usually not reckless driving that causes accidents, but everyday driving that we all do.” That means it is up to each driver to be vigilant, if indeed it is each individual-driver who is at the crux of the problem. And while that invariably is a part of the solution, it likely is not the total solution.

With the exception of the past few years, it generally is true that, since the 1970s, cars have become safer for both drivers and passengers. Despite that, our rate of car-produced violence is still exceptionally high, even when compared to other developed countries. For example, in Canada, 5.34 people per 100,000 die each year in road traffic; in Japan, it’s 3.6. In the United States, we’re at 12.6, over double that in Canada and nearly 4 times that of Japan. While it is true that Americans drive more miles than our global counterparts, more of us also drive trucks and SUVs, which, in comparison, are two- three times more likely than smaller personal vehicles to kill pedestrians. That issue alone becomes more significant when we learn that the last few years have been the most deadly in three decades for pedestrians, in part because American vehicles in general keep getting bigger and bigger.

In this context, one of the reasons more Black Americans die in traffic deaths than other races is because more Blacks than other are more likely to have to walk to get places, which is riskier than driving. They also are more likely to live in neighborhoods that are more likely to lack safety features, such as crosswalks, and some of these communities have freeways with dangerous crossing conditions nearby. Pedestrian children, of course, are inherently more vulnerable because of their smaller size. Being less visible on roadways, or even driveways or sidewalks, increases their risks of being struck by a driver.

As with all complex problems, the likely solutions will require numerous changes. But given the ongoing carnage on our nations roadways, we have to do something.

We at the Herd Law Firm are keenly aware of the dangers associated with driving. That is why we have lectured to hundreds of high school students about the dangers of distracted driving, which seems to be getting worse, not better. For some 20 years, we have represented drivers and passengers who have been hurt (or killed) due to the negligence or inattention of another. Our clients have been hurt by 18-wheelers, commercial trucks, other passenger cars, motorcycles, etc. If you or a loved one has been hurt by another’s fault or inattention, we would be pleased to discuss your situation and the remedies that may apply.