Continuing their repeated pleas to protect the rights and safety of seamen, the International Labour Organization (“ILO”) again called for action to address the burdens of seafarers in face of pandemic related restrictions. The organization’s Governing Body adopted a resolution similar to the viewpoints published by the UN General Assembly, the International Maritime Organization, and more. In the wake of the virus, hundreds of thousands of seafarers have been stuck at sea for up to 17 months or trapped at home unable to reach their vessels.

Continuing their theme of focusing on the health and safety of seafarers, ILO Director-General Guy Ryder declared, “The problems faced by seafarers resulting from efforts to contain the virus have lasted unacceptably long.” Emphasizing the need for stability, Ryder added, “These key workers continue to transport the food, medicines, and goods that we need, but their extended periods at sea, and the inability of seafarers ashore to relieve them, are simply unsustainable. The Resolution sets out the actions to be taken urgently.” 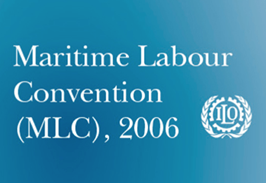 The referenced resolution again draws emphasis to the need to address many of the same issued which have defined the discussion since the spring of 2020. Particularly, the resolution implores ILO member states to identify challenges with crew changes while establishing and implementing reasonable, time-bound plans for safe crew change and travel of seafarers. It similarly re-emphasizes the need for designation of seafarers as key workers to allow “safe and unhindered movement” for embarkation and disembarkation, now also calling for the designation to permit shore leave for crews.

The ILO continues to request that members accept internationally-recognized documentation of seafarers alongside temporary measures, including waivers, exemptions, or other changes to visa or documentation requirements.

Pointing to previously-agreed international legislation, the ILO notes the rights of seafarers as determined in the Maritime Labour Convention of 2006 and the Work in Fishing Convention of 2007, including rights to repatriation and access to onshore medical care. The ILO also calls for members to ensure that seafarers in need of emergency medical care gain access to proper medical facilities and emergency treatment regardless of nationality and emergency repatriation.

Pointing to the “immense risk that seafarer fatigue represents for the physical and mental health of individual seafarers and the safety of navigation, security, and protection of the marine environment,” the ILO again highlights the importance of addressing hardships that seafarers have been forced to deal with for most of 2020 and will continue into the new year.