Bouchard pays $375,000 to its mariner/employee it fired for cooperating with the US Coast Guard’s 2017 barge explosion investigation 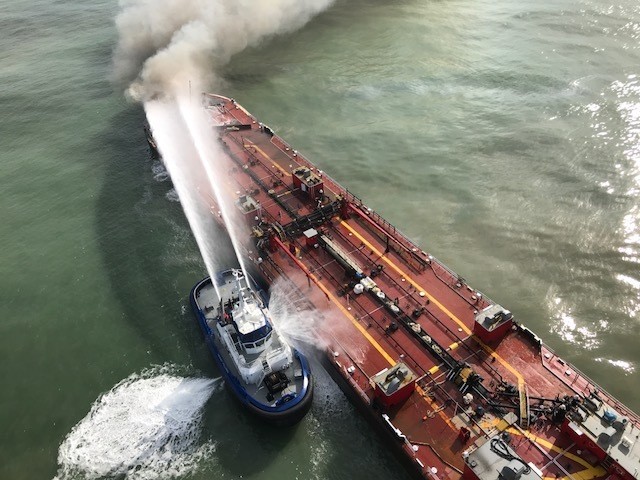 The U.S. Department of Labor announced on April 1, 2021, that Bouchard Transportation Co. Inc. and three former and current management officials have paid $375,000 in restitution to the brother of one of two mariners killed in a barge explosion off the Texas coast in 2017. The explosion occurred on Oct. 20, 2017, off Port Aransas aboard the ATB BUSTER BROUSARD/BARGE # 255.

The mariner alleged the company fired him for cooperating with investigators and reporting safety concerns to the US Coast Guard.

Reporting alleged violations of maritime safety laws and regulations, cooperating with safety investigations, and furnishing information to the Coast Guard about facts related to any marine casualty resulting in death are protected activities under the Seaman’s Protection Act (“SPA”). Investigators for OSHA’s Whistleblower Protection Programs found that the employers’ actions constituted retaliation against the seaman for protected activity under the SPA and, if ignored, would dissuade seamen from reporting safety issues.

“Employers and vessel owners must know and respect that, under the SPA, seamen have the right to report safety concerns and cooperate with the U.S. Coast Guard and other safety investigators,” said OSHA Regional Administrator Richard Mendelson in New York. “Failure to recognize these rights can instill a culture of intimidation that could lead to disastrous or deadly consequences for workers.”

Bouchard entered into a settlement agreement with the U.S. Department of Labor’s Occupational Safety and Health Administration to resolve violations of the whistleblower protection provisions of the Seaman’s Protection Act. In addition to the payment, Bouchard Transportation and the individual respondents agreed to take other remedial actions.

Under the agreement, Bouchard must remove any reference to the seaman’s termination and exercising of his rights under the SPA from their files, and provide a neutral reference if contacted by any prospective employer. Bouchard also must train its managers and employees about SPA rights and post a Notice to Seamen about their rights under the SPA.

The U.S. Department of Labor does not release the names of employees involved in whistleblower complaints.

If you or someone you love has been hurt or killed in a maritime accident, or you know of such incidents, but are reluctant to come forward for fear of retaliation, you can discuss your rights with the maritime attorneys at Herd Law Firm. Our phone # is 713-955-3699.