Suits Against 3M for Defective Hearing Protection to U.S. Military

Home/Firm Update/Suits Against 3M for Defective Hearing Protection to U.S. Military
Previous Next

Suits Against 3M for Defective Hearing Protection to U.S. Military 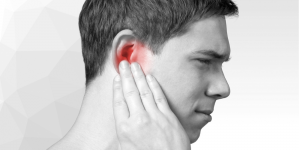 From 2003 to 2015, the U.S. Military issued to service members hearing protection originally developed by Aearo Technologies and later manufactured by 3M Company (“3M”, following its acquisition of Aearo Technologies), for use in domestic-based training and overseas combat operations. 3M’s Dual-Ended Combat Arms Earplugs (CAEv2) have been found to have a design defect, which hampered the effectiveness of the hearing protection.

The U.S. Department of Justice alleges that both 3M and Aearo Technologies, the original manufacturer of the earplugs, knew about the defects as early as 2000, and actually manipulated test results to make it appear that the devices met government standards. Then, they sold the faulty earplugs to the U.S. Military, placing personal profit over the safety and health of U.S. troops.

In July 2018, after an investigation by the Department of Justice, 3M agreed to pay $9.1 million to resolve allegations that it knowingly sold these earplugs, to the U.S. Military without disclosing the defects.

The undisclosed defects centers around the proper fit of 3M’s Dual-Ended Combat Arms Earplugs within the ear. Thus, loud noises are able to slip past the earplug and cause hearing damage. Additionally, the device could loosen in the user’s ear, thereby failing to provide adequate protection and subjecting the user to hearing damage. Some of the long-term damage reported by users includes tinnitus, permanent hearing loss and problems with balance.
Hearing damage is one of the leading complaints reported by service members. The U.S. Department of Veteran Affairs (“VA”) reports that, when combined with Tinnitus—which is described as a ringing, buzzing, or other type of noise that originates in the head—hearing issues are the most frequently found service-connected disability among American Veterans.

Since Tinnitus and Hearing Loss are such a common issue with Veterans, many who have been diagnosed may not even realize that their hearing problems may be tied to these defective 3M Earplugs.

If you used 3M’s Dual-Ended Combat Arms Earplugs (CAEv2) while in the U.S. Military from 2003 to 2015, and you suffer from Tinnitus and/or Hearing Loss, call the offices of the Herd Law Firm, PLLC. Our fellow-veteran attorney can help answer any questions you may have concerning your use of 3M’s Earplugs, any possible hearing damage, and your options for filing a claim against 3M and others.