On May 16, 2014, Mark Braswell died when his road bike collided with a trailer behind a stopped truck. The truck was owned by the Brickman Group, a landscaping company primarily insured by Chubb Group’s Ace American Insurance Co. (“ACE”) and secondarily insured by American Guarantee and Liability Insurance Co. (“AGLIC”). Braswell’s survivors, the Braswells, sued Brickman for Mark’s wrongful death, in which the defense team for ACE felt confident that no jury would award more than $2 million.

In their defense, ACE felt confident that a jury would determine that Brickman’s truck was parked legally. Similarly, Braswell’s helmet was cracked down the middle with the injury on top of his head, suggesting that his head was facing down during the collision and that he was not fully aware of where he was going.

Despite ACE’s confidence, a Houston-area jury awarded Braswell’s widow, mother, and two children $28 million in damages. The Braswells later agreed to settle the case for just under $10 million to avoid the costs of an appeal. However, it was still enough money to surpass the $2 million in primary coverage offered through ACE and more of the $10 million in excess coverage from AGLIC.

AGLIC then sued ACE for violating its “Stowers duty” (referencing a 1929 Texas appellate court decision) to “exercise ordinary care in the settlement of claims to protect its insureds against judgments in excess of policy limits” by rejecting multiple offers from the Braswells to settle for $2 million before and during the trial. AGLIC argued that ACE ought to pay the entirety of the $10 million settlement.

The U.S. 5th Circuit Court of Appeals held ACE liable for the settlement’s full $10 million costs, making explicit a critical insurance law element. Under Texas law, a primary insurer may become liable for damages well beyond policy limits if that insurer fails to protect an excess insurer by rejecting a reasonable settlement offer. 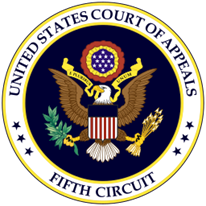 Circuit Judge Edith H. Jones wrote on behalf of the panel, stating that “Considering all the trial circumstances, an ‘ordinary and prudent insurer’ in Ace’s position would have realized that the ‘likelihood and degree’ of Brickman’s ‘potential exposure to an excess judgment’ had materially worsened since the trial’s inception.”

Braswell was a 43-year-old Houston Fire Department captain when he crashed into Brickman’s trailer, now known as BrightView. Though there were no witnesses of the incident, the Braswells’ attorney told the Houston Chronicle that the testimony indicated the truck stopped abruptly and had parked dangerously on a busy, four-lane road.

The Braswells sued Brickman for wrongful death, making three settlement offers to ACE prior to and during trial. In the final offer, Braswell’s family asked for $2 million, which ACE rejected, at which point the Braswells withdrew all offers.

Before entering trial, ACE’s counsel estimated the case was worth between $1.25 and $2 million. Simultaneously, a claims manager for AGLIC determined that the case should settle within the primary insurance limit of $2 million. Meanwhile, the defense attorneys conducted jury research and determined it would prove essential to convince the jury that the Brickman truck did not stop abruptly in front of Braswell and was parked legally.

However, the insurance companies found trial judge S. K. Sandill to be “plaintiff friendly,” according to the circuit court, excluding evidence that the Brickman truck was parked legally while allowing Braswell’s widow, Michelle Braswell, to testify that a Brickman employee told her that the truck driver had “stopped short” in front of her husband.

Similarly, Michelle was allowed to testify how the accident had caused severe psychological trauma to the couple’s daughter, who had since attempted suicide and had been admitted to a psychiatric hospital. Meanwhile, two former fire chiefs testified on Braswell’s immense bravery and love of family through his exceptional service, recalling heroic stories such as the time Braswell rescued a double amputee from a burning building.

The jury also heard testimony on how the Brickman crew did not place safety cones around their parked vehicle, despite a company policy requiring such cones. At the same time, the driver of the truck gave inconsistent testimony on how long he had been parked.

Near the end of the trial, AGLIC’s case manager told ACE that the evidentiary rulings made possible a verdict exceeding $2 million. At that point, a defense attorney urged ACE to settle for that amount. Nevertheless, ACE refused the settlement offer, leaving factual and damage determinations to the jury.

Despite ACE’s predictions, the jury found in favor of the Braswells and awarded damages of $39,960,000. However, the jury also found Mark Braswell to be 32% liable for the incident, thus reducing the recovery to approximately $28 million against Brickman. Rather than continue the process through appellate court, the family settled for $9,750,000, with AGLIC paying $7,750,000 of that, plus $50,000 for a supersedeas bond to protect Brickman on appeal. AGLIC then filed suit against ACE, seeking recovery for the full settlement payout.

The U.S. District Court in Houston ruled in favor of AGLIC, awarding them $6,935,034.33 in damages. Judge Keith P. Ellison wrote in his findings and conclusions of law that ACE’s primary interest was to settle the case below primary policy limits, noting that the insurer rejected expert advice, warning that most South Texas juries would prove reluctant to find a well-respected fire captain at fault for an accident such as Braswell’s.

The Court concluded that the evidence “increased the known sympathy factor and attendant chance of large soft damages,” indicating that they violated their duty to reduce cost. Ellison further writes based on this that “A reasonable insurer would thus have determined that an offer at the top of the original range suggested by defense counsel was proper given the enhanced possibility of a verdict well above $2 million.”

On appeal, the Fifth Circuit panel rejected ACE’s arguments that it held no duty to accept the settlement offer on the grounds that it was unclear whether Michelle Braswell would equitably share the settlement with her children, something that has persuaded certain other Texas courts to refuse a requirement of settlement acceptance. The Fifth Circuit noted that ACE had failed to raise such a “novel legal theory” at trial, thus was barred from doing so on appeal.

The Fifth Circuit concludes: “The evidence placed before the district court is sufficient to support that Ace violated its Stowers duty by failing to reevaluate the settlement value of the case and accept the Braswells’ reasonable offer.” 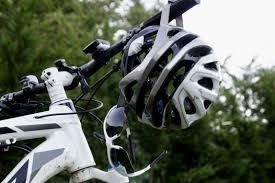