Did you know our lawyers also are motorcyclists?

Between us, we have over 36 years of riding, and have owned 11 motorcycles between us, from a little Suzuki RM 80 to a 1449cc Harley Fatboy, with a Suzuki sv650s and a Yamaha R6 thrown in for good measure! We started riding minibikes and dirt-bikes in high school (or younger), then gradually moved up to street riding. 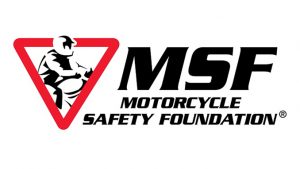 One of our concerns is that, too often, car and truck drivers simply do not “see” motorcycles or motorcyclists. Too often, two-wheeled riders are “invisible” to drivers, even when they have their headlights on, wear bright colors, etc.

Here for example is what the Motorcycle Safety Foundation recommends for car and truck drivers:

Should Know About Motorcycles

1: Your Car Can Kill

Over half of all fatal motorcycle crashes involve another vehicle. Most of the time, the motorist, not the motorcyclist, is at fault. There are a lot more cars and trucks than motorcycles on the road, and some drivers don’t “recognize” a motorcycle – they ignore it (usually unintentionally).

Because of its small size, a motorcycle can be easily hidden in a car’s blind spots (door/roof pillars) or masked by objects or backgrounds outside a car (bushes, fences, bridges, etc). Take an extra moment to look for motorcycles, whether you’re changing lanes or turning at intersections.

Because of its small size, a motorcycle may look farther away than it is. It may also be difficult to judge a motorcycle’s speed. When checking traffic to turn at an intersection or into (or out of) a driveway, predict a motorcycle is closer than it looks.

Motorcyclists often slow by downshifting or merely rolling off the throttle, thus not activating the brake light. Allow more following distance, say 3 or 4 seconds. At intersections, predict a motorcyclist may slow down without visual warning.

Motorcyclists often adjust position within a lane to be seen more easily and to minimize the effects of road debris, passing vehicles, and wind. Understand that motorcyclists adjust lane position for a purpose, not to be reckless or show off or to allow you to share the lane with them.

6: Be Sure About that Signal

Turn signals on a motorcycle usually are not self-canceling, thus some riders (especially beginners) sometimes forget to turn them off after a turn or lane change. Make sure a motorcycle’s signal is for real.

Maneuverability is one of a motorcycle’s better characteristics, especially at slower speeds and with good road conditions, but don’t expect a motorcyclist to always be able to dodge out of the way.

8: Give Yourself Time to Stop

Stopping distance for motorcycles is nearly the same as for cars, but slippery pavement makes stopping quickly difficult. Allow more following distance behind a motorcycle because you can’t always stop “on a dime.”

When a motorcycle is in motion, see more than the motorcycle – see the person under the helmet, who could be your friend, neighbor, or relative.

If a driver crashes into a motorcyclist, bicyclist, or pedestrian and causes serious injury, the driver would likely never forgive himself/herself.