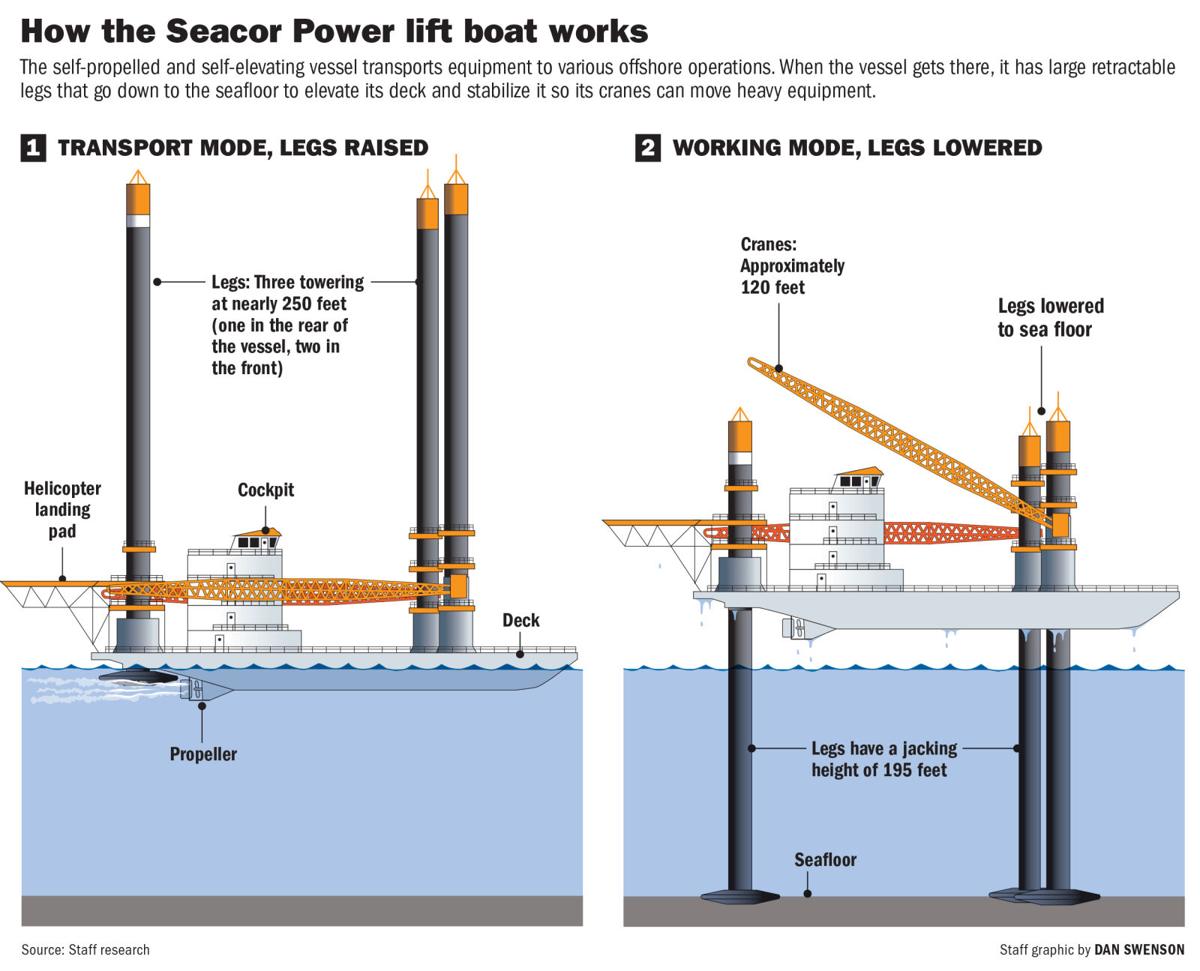 The U.S. Fifth Circuit Court of Appeals has ruled that maritime-related crane operators working from raised lift-boats and loading or unloading equipment to and from offshore oil rigs are not “seamen” exempt from overtime pay under federal wage law, reviving a collective action against lift-boat operator All Coast LLC. The three-member panel of the 5th Circuit also voted to deny the en banc review and reinstated a previous panel’s ruling, stating the these workers were engaged in industrial activities that had no bearing on the operation or navigation of lift-boats.

Lift-boats are vessels with vertical supports (“legs”) which can be lowered to the sea floor, thereby raising the vessel up and out of the water, in order to more easily resupply offshore structures. Former All Coast employee William Adams claims he and other lift-boat workers were misclassified as seamen, who are exempt from the Fair Labor Standards Act (FLSA), and unlawfully deprived of overtime pay.

In the initial 2016 lawsuit in Louisiana federal court, Adams claimed many job titles All Coast gave to lift-boat workers, such as mates, deckhands, and seamen, concealed their actual duties as crane operators, and therefore should be paid overtime. U.S. District Judge Jane Milazzo in Lafayette, Louisiana, ruled against Adams initially and granted summary judgment to All Coast in 2019. Citing 5th Circuit precedent, she said the services provided by the workers aided “in the operation of such vessel as a means of transportation,” thereby making them seamen. However, the 5th Circuit reversed this judgment, reinstating a prior panel’s February ruling, which held that the loading and unloading duties they primarily performed had no connection to lift-boat operations.

The court remanded the case to Milazzo to determine whether the plaintiffs qualify for the FLSA exemption on other grounds.

Circuit Judges Edith Jones and Jennifer Elrod dissented from the denial of en banc review, saying the panel decision “threatens uncertainty throughout the maritime industry” and marks the second time in a month that the 5th Circuit had misapplied FLSA exemptions. Circuit Judge Jerry Smith, also dissenting, said the panel had adopted too narrow a view of the FLSA exemption and ignored the U.S. Supreme Court’s holding in the 2018 case Encino Motorcars LLC v. Navarro, which held that exemptions from the law must be given a “fair reading.”

However, attorney Curt Hesse of Moore & Associates, who represents Adams, said the suggestion that the decision could upend the industry is untrue. “As we pointed out in the briefs, there was actual evidence in the record … that other lift-boat companies in fact pay overtime to their workers,” Hesse said. “This decision levels the playing field.”

We at the Herd Law Firm represent seamen, longshoremen, passengers and other maritime-related personnel, and are pleased to see a decision from the 5th Circuit that rules in favor of these lift-boat crane operators for FSLA purposes, but believe they should be properly classified as seaman, due to the performance of their duties at sea and in support of the mission of their vessel.

About the Author: Tiny Giant Support