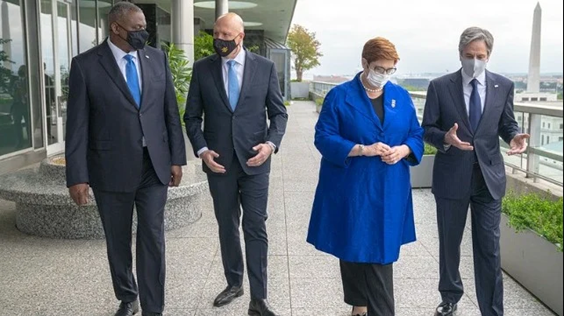 Some diligent readers will recall I have written for years about ongoing troubles caused by China’s growing expansion in the South China Sea. That critical body of water, rich in resources and geopolitical significance, continues to trigger controversy; the U.S and Australia recently condemned China’s new controversial Maritime Traffic Safety Law.  Stating the law lacks any “legal basis”, both nations went on to reaffirm their commitment to freedom, peace and security in the South China Sea. Both the US and Australia issued a joint statement expressing ongoing concern over China’s maritime expansion efforts

The statement urged China to introduce domestic legislation, such as the Maritime Traffic Safety Law, in accordance with the United Nations Convention on the Law of the Sea (UNCLOS). “The principals reiterated their strong opposition to the militarization of disputed features and other destabilizing actions… and efforts to disrupt other countries’ offshore resource exploitation activities,” said the joint statement.

The statement followed up by adding the U.S. and Australia also intend to conduct coordinated maritime exercises with a wide range of partners and resources to promote security and prosperity in the region. A new UK-US-Australia defense cooperation partnership, dubbed “AUKUS,” was also announced; this program will assist Australia in the development of a fleet of nuclear-powered attack subs with British and American assistance. Presented as a cooperative effort to improve relations and ensure the security of the Indo-Pacific, some critics however say this is a targeted counterstrike against China’s rapidly increasing naval power.